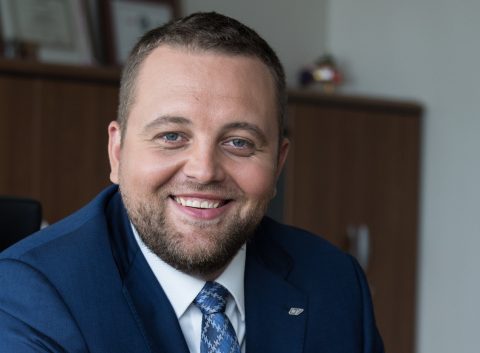 A rail logistics centre designed to link directly with air cargo carriers is to be one of the key elements of a large transport hub set to be built in central Poland, The Polish Government passed a resolution on the formation of the new multimodal transport hub called Central Communication Port Solidarity (Centralny Port Komunikacyiny Solidarnośc – CPK).

It will be located in the region of Baranów, in the centre of the country between Warsaw and Lódź. The most important part of CPK will be a new airport, one which is much larger than the existing Warsaw Chopin Airport.

The Polish authorities believe that the port will have a significant impact on cargo traffic. The airport will have a good railway connection with the main line network, including international corridors. The rail port will also be able to handle loads arriving from Asia, particularly China, and under the plans will be a vital distribution centre serving central, eastern and south eastern Europe.

Th total cost of this enormous investment is estimated to be 30-35 billion Polish Zloty (around 7.1 to 8.3 billion Euros), and this has led to criticisms of the project, with the central location also being controversial. However Radoslaw Pacewicz, Vice President of the Office of Rail Transport (pictured above), told the Congress of Transport Development in Lódź that he had ‘no doubt’ that the port was in a ‘great location’.

While some observers believe it will be more efficient to do logistics operations directly in the sea ports, particularly in Gdańsk, or on Poland’s eastern border, such as the Malaszewicze-Terespol area, others point out that there is no other airport in the central European region which would have such a well-developed logistics base and a railway line. This provides the opportunity for synergies between two modes of transport, international air cargo and rail, providing efficient distribution on the final stretch.