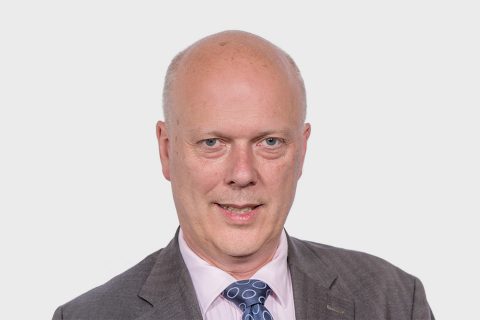 The UK government has announced to allocate a budget of 54 billion Euros (47.9 billion pounds) for the railway industry from 2019 to 2024. This includes funding for the further development of the rail freight network. The Statement of Funds Available (SoFA) for the next control period was revealed by transport secretary Chris Grayling last week.

Grayling emphasised the crucial role that rail freight plays in supporting the economy and the environment. “With continued investment in the freight network the government recognises this. Our commitment to funding accessibility improvements in the railway further emphasises our drive to ensure that the railway is accessible to all”, he explained.

“In recent years the government has directed much of its transport investment in big ticket passenger schemes and it is important that freight is not neglected to help the UK remain competitive. 95 per cent of UK trade passes through British ports and it is vital for the prosperity of this country that goods continue to flow seamlessly across our transport network. That means investment in transport infrastructure and port connectivity schemes”, British Ports Association Chief Executive Richard Ballantyne said.

The allocated budget exceeds the previous budget with 11.3 billion Euros (10 billion pounds). The government said it will only provide 39.5 billion Euros (35 billion pounds) of the budget. The remaining 14.7 billion Euros (13 billion pounds) is to be earned from other sources, primarily revenues from track access charges and property income. “These amounts will be refined during the regulatory process, which will produce by summer 2018 detailed draft amounts for the 2019 to 2024 period for consultation. Budgets will be set at route level, as part of the devolution of more accountability and authority to Network Rail routes, driving change in the organisation”, the minister explained.

Scotland was allocated 3.8 billion Euros (3.4 billion pounds) for improvements over the five years period, 902.5 million Euros (800 million pounds) short of the 4.7 billion Euros (4.2 billion pounds) it requires based on current spending levels. The Scottish government  commented saying that the shortcomings would have a major impact on its railway sector. “We want to continue to invest in improving our rail network and services to meet future demand, but changes to be introduced by the UK government are putting at risk our ability to do so in full”, Scottish transport minister Humza Yousaf said.