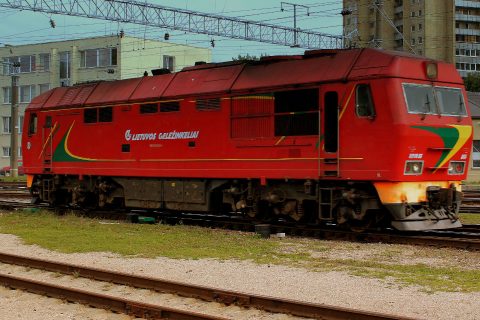 The European Commission has fined Lithuanian Railways (LG) an amount of nearly 28 million Euros for hindering competition on the rail freight market by removing a rail track connecting Lithuania and Latvia. By doing so, it forced a customer to use a much longer track.

In 2008, Polish freight operator Orlen, subsidiary of oil company PKN Orlen, considered using the services of another rail operator in moving its cargo from Lithuania to Latvia. As the operator was an important customer of LG, the state-owned rail company dismantled the 19 kilometer-long Rengė railway towards Latvia, close to Orlen’s refinery. The dismantled track has not been rebuilt ever since.

The Commission concludes that these actions hindered competition on the rail freight market and finds that LG failed to show any objective justification for the removal of the track. Such behaviour is in breach of Article 102 of the Treaty on the Functioning of the EU (TFEU), which prohibits the abuse of a dominant market position, it commented.

“LG used its control over the national rail infrastructure to penalise competitors in the rail transport sector. The EU needs a well-functioning rail freight market. It is unacceptable and unprecedented that a company dismantles a public rail infrastructure to protect itself from competition”, EU Commissioner Margrethe Vestager, in charge of competition policy said. In addition to imposing a fine, the Commission requires LG to end the infringement and develop a plan within three months.

LG responded to the verdict by saying it will study the arguments of the Commission in depth. “We will strive to solve the present issue that we have inherited, as well as other problems which haunt us from the past, in a way that is cost-effective and least damaging to LG”, it commented.

According to the rail company, the Rengė railway was dismantled for safety purposes and rail travel to Latvia has remained intact. “In 2007, when the Rengė stretch was still in use, 675,000 tonnes of petroleum products were hauled from Lithuania to Latvia. Once the Rengė stretch went defunct, these amounts fluctuated between 480,000 and 941,000 tonnes per year.” It added that current rail connections with Latvia are not being used to their full capacity and some of the tracks have not seen any rail traffic for the past fifteen years.

On the contrary, the European Rail Freight Association (ERFA) states that the actions taken by LG at the time not only caused significant economic damage but also led to severe delays to rail services. “Over the same period, the use of road transport was on the increase.”

The rail association supports the intervention of the Commission, but also emphasises the response to the action is very late. “Ten years to impose this fine is too long for a sector that faces steep and ever-growing competition from road. The competing and more polluting modes of transport are the only winners from rail’s self-destructive behaviour.” ERFA has long highlighted anti-competitive practices and the impact it has on rail’s growth and attractiveness. “This type of protectionist behaviour by a state incumbent is sadly not an isolated case in the rail sector”, it stated.