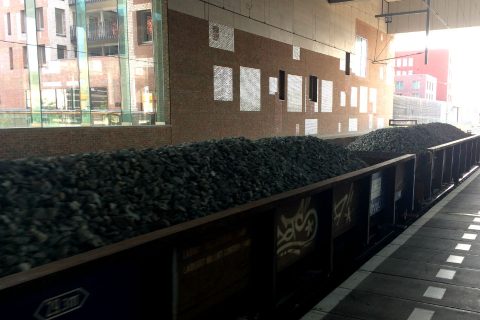 In line with plans of neighbouring Germany to halve track access charges as soon as next year, Dutch rail freight parties are asking their government to take similar measures, instead of pushing plans to increase the cost of using railway in 2019-2020. A petition with this demand was published last week and has received considerable support from within the industry.

According to Railgood, the lobby organisation behind the petition, current plans of the government indicate that track access charges will once again be increased in 2019, or at the latest in 2020. It plans to generate more railway tax to cover the costs of managing and maintaining the railway, a task carried out by ProRail. According to calculations of the lobbyist, the cost of access to railway for freight operators is to increase with 13.1- 64.2 per cent, whereas the cost of terminating freight trains and wagons will increase by 15-36 per cent.

An increase of these charges will hit the rail freight industry, especially the Port of Rotterdam will be affected, the petition reads. The German decision to reduce track access charges make an appealing case for German ports and connecting rail terminals and as such, jeopardise the competitive position of the Dutch port as a gate for freight forwarders to the European hinterland. Germany is already a major competitor to the Dutch freight market and the industry benefits from an attractive pricing system.

Moreover, rail freight may lose ground in its competition with road and sea modalities, as no additional charges are levied in this sector. The modal split market share of freight via rail went from 6.5 per cent in 2007 to 5.5 per cent in 2016, measured in tonnes per kilometer, Freight operators find the current pricing system of Dutch railway hardly competitive in comparison to other modalities, as is explained in the petition.

It is not the first time the Dutch pricing system for using the railway network is critisised. Track access charges were increased significantly in 2015-2016. This resulted in a total extra amount of 51 million Euros charged between 2014-2016, an 18 per cent hike. Last year, the Netherlands Authority for Consumers and Markets (ACM) concluded that the increase was not justified, as the calculation method was not in line with the Dutch railway law. Prorail was summoned to compensate several freight operators and adjust its pricing for the year 2017-2018.

Currently, charges for an intermodal shuttle are between 2.79-2.97 Euros per kilometer. As a comparison, Germany charges 2.71 Euros per kilometer in 2017. Although German  track access charges were higher than Dutch tariffs until 2012, use of the Dutch railway is now significantly more expensive. The Dutch government should provide support that is on a par with that of their European port counterparts to maintain a competitive position, the Port of Rotterdam stated earlier this year.

The petition calls on the government to follow the German policy and reduce track access charges by half. This would result in a total reduction of the cost of railway transport by nine per cent and hence, an increase of sixteen per cent of short distance railway volumes and eleven per cent of long distance railway volumes, taking into account price elasticity.
The petition, signed by 443 parties up till date, will be presented to the government in December. In the same petition, rail freight parties represented ask for a revision of the layout of the ERTMS signaling system, as the current railway network is characterised by a large variety of systems to which operators can hardly adjust.

Do you want to learn more about track access charges? A conference on this topic will be held on 4-5 April 2018 in Amsterdam. Here you find more information about this conference.