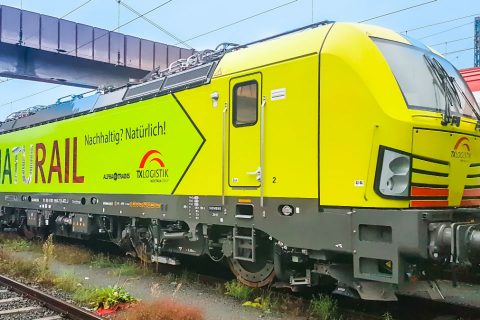 The Vectrons have a maximum power of 6,400 kilowatt and are able to reach a top speed of 160 kilometers per hour. In addition, the vehicles are equipped with country-specific transaction and train safety systems as well as the European Train Control System (ETCS), enabling cross-border operations.

“The new multisystem locomotives, which represent another clear step forward in the continuing modernisation of our rolling stock, provide high operating efficiency. At the same time, with their sensor technology, they contribute to the digitalisation of rail freight traffic, because these sensors make it possible to implement the next step in forward-looking maintenance”, said Mirko Pahl, CEO of TX Logistik AG.

Six of the locomotives hit the tracks earlier this year and another two were added last month. All ten locomotives are now in operation for TX Logistiks, while Alpha Trains remains responsible for the servicing and maintenance of the fleet.