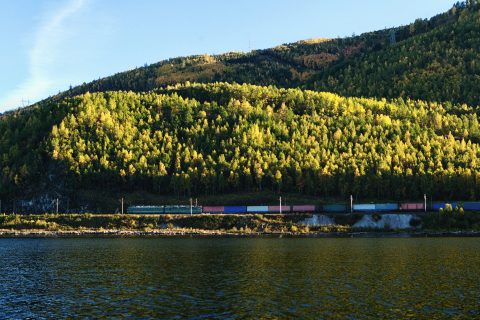 UTLC JCS and Belintertrans-Germany LLC have launched a new container route between Poland and China via the Belarusian border crossing Kuznitsa/Bruzgi last week, in cooperation with Belarusian Railways’s  Baranovichi Division. The container train departed on 31th of July from the Polish city of Lodz and is expected to arrive on 14th of August in Chengdu, China carrying 41 40ft containers with assembled cargo.

As part of its ambition to boost freight transport between Europe and China, UTLC plans to increase the throughput of railway border crossings between Poland and Belarus. As preliminary estimated, the container transportation volume from China to Europe via the Kuznitsa/Bruzgi border crossing may come to approximately 30 trains on a monthly basis, with subsequent increase, the operator stated. The departed container train has already passed Bruzgi station, where containers were transshipped into broad-track railcars. This procedure was carried out promptly and without any delays, UTLC reported.

UTLC wants to boost its rail freight transportation numbers ten-fold over the next few years, with the aim of reaching one million TEUs by 2025. Asia-Europe rail freight transportation across Kazakhstan, Russia and Belarus more than doubled in 2016, exceeding 100,000 TEUs. Earlier this year it signed an agreement with DB Cargo and the German Port of Rostock  to develop rail freight between northern Europe and China, in addition to a deal with the state-owned Lithuanian Railways (Lietuvosgelezinkelia) enabling the transit of cargo from China via Lithuania.