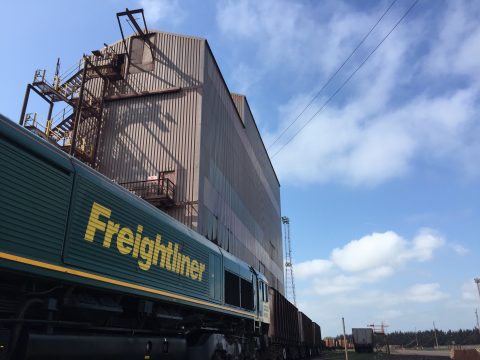 The US-based Genesee & Wyoming group has appointed Gary R Long as Chief Executive Officer of its UK/Europe operations, which is led by the UK’s Freightliner rail freight group.

Long joined G&W in 2013, having previously been President and CEO of the North American rail freight holding company OmniTRAX, Inc. He has nearly 35 years of transportation industry experience, including roles related to rail, motor carrier, port, maritime and intermodal terminals, and currently heads one of G&W’s U.S. operating regions. He succeeds Russell Mears, who will move to the role of Senior Advisor later this year.

Jack Hellmann, Chairman, President and CEO of G&W, said: “Gary’s strong operational, commercial and management background in the rail, trucking and maritime industries make him particularly well suited to lead G&W’s UK/Europe businesses. Russell’s contributions over the past 24 years have been integral to Freightliner’s success. Most importantly, his leadership and integrity have been exemplary not only at Freightliner but within the UK rail industry, and we look forward to continuing to benefit from his guidance in his new role.”

Mears joined Freightliner, now the UK’s largest rail maritime intermodal operator and second-largest rail freight company, in 1993 and was a member of the management team behind its successful privatization in 1996. He served nine years as Chief Financial Officer at Freightliner and became its CEO in 2013, setting the strategic direction of the business including diversification into the UK heavy haul and maintenance markets, expansion into Mainland Europe, Australia and Saudi Arabia, and its 2015 acquisition by G&W.

Since then, he has served as CEO of G&W’s UK/Europe Region, which includes Freightliner and the recently acquired Pentalver Transport Limited in the UK, as well as Continental European companies ERS Railways, Freightliner DE, Freightliner PL and Rotterdam Rail Feeding.