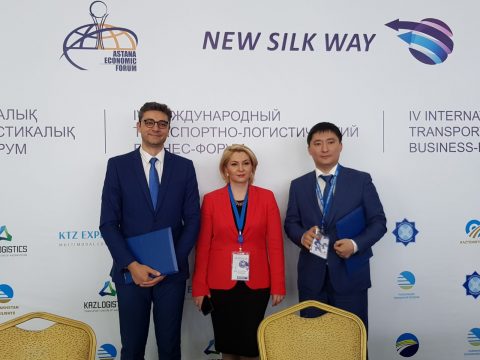 The TITR is another important element of the New Silk Road economic project linking China with Europe. Central to discussions was the development of regular container services, and opportunities and prospects for transport along the Trans-Caspian route, linking the Caspian sea ports with Europe. Following the talks a Memorandum of Co-operation was signed between the association and the Association of Transport and Communications of China.

The opening of the Baku-Tiblisi-Akhalkalaki rail line, and expansion of port infrastructures were also under the spotlight, while the Turkey-based Arkas Logistics Group welcomed the possibility of transshipment of cargoes to Turkey via the TITR using intermodal transport and port connections.