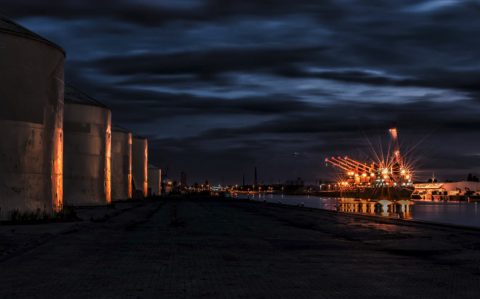 A merger between the Port of Ghent and Zeeland Seaports, which are seeking to establish a dedicated cross-border rail freight link, is a step closer following an exploratory study. Shareholders and staff will now have the final say on a deal expected to go through by the end of the year.

Plans for the merger, which would cover the two port authorities from Ghent in Belgium to Terneuzen & Vlissingen in The Netherlands, were positively received by stakeholders when first announced last November. Both parties have now concluded after talks that a merger is possible on an equal basis, and that solutions are available for all key issues such as strategy, governance, legal and financial.

Both are already working on establishing a cross-border rail freight link, and together with Port and Industry Zeeland (PORTIZ), Terneuzen City and Province of Zeeland, are waiting to hear whether they have been successful in obtaining a grant from the Connecting Europe Fund for a rail freight link in the canal between Ghent and Terneuzen. The Employees’ Organisation for Brabant and Zeeland (BZW Zealand) says rail freight access between the two port authorities is a major issue for the area’s infrastructure, and that a rail link between Terneuzen and Belgium’s Flanders region would ‘grealy enhance’ Zeeland’s business competitiveness.

In a study, BZW says the increased traffic resulting from the proposed merger – potentially more than 15 per cent – together with the Seine-Scheldt waterways project and a new lock at Terneuzen, means an optimal cross-border rail infrastructure is ‘increasingly urgent’.

“Since all the parties below have high ambitions to increase the share of rail in their modal split to make this sustainable mode of transport more attractive and contribute to one single EU rail freight market, an optimal cross border rail infrastructure is essential in a sustainable solution to fully exploit the economic potential of this region,” it says.

There is also support for the project from Infrabel and ProRail, the national rail infrastructure managers of Belgium and The Netherlands respectively, along with the Flemish Department of Mobility and Works. Research by McKinsey has demonstrated significant socio-economic benefits of a merger for the entire area of operations of the two port authorities. The partnership has the potential to deliver increased added value in the region, more employment, better utilisation of the port infrastructure, enhanced opportunities for innovation, the ability to attract bigger investors, better service provision to firms and increased brand awareness.

Jan Lagasse, CEO of Zeeland Seaports, said: “An intensive cooperation only provides benefits, benefits for existing and new businesses that will find a strong partner to support them, benefits for these regions that will belong to the top of Europe with a combined port, and benefits for both port companies and their employees, with greater critical mass. This will undoubtedly create a new dynamic in the Flemish-Dutch delta.”

It is proposed that the cross-border merged port should take the form of a European company as a holding company for the two existing port authorities, and that all three entities would have unitary governance and management.