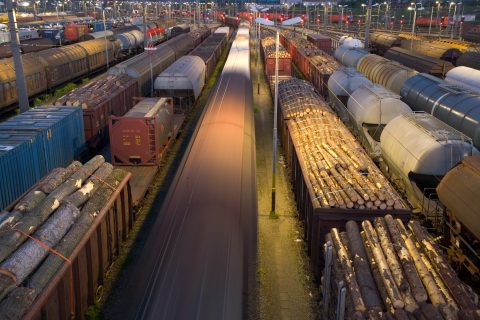 The Austrian Rail Cargo Group (RCG) has extended its agreement with Forst Holz Papier (FHP) and will continue to transport its timber products which are so vital to the national forestry, timber and paper industries for the next three years.

Rail freight in Austria is one of the country’s booming economies, boasting a modal share of more than 30 per cent, and a diverse range of services including over 400 service points and and 125 dedicated stations offering national and international connections.

The timber industry in particular relies heavily on the rail freight sector to transport its products, with both a strong domestic and international market benefiting from the country’s vast, and sustainable, forest resources.

As part of an upgrade of the two companies’ core timber network, RCG’s existing agreement with FHP will be updated with several specific changes, including the establishment of a new nationwide capacity management system known as KAPA. Freight rates applicable to domestic consignments expire on June 30, and will alter slightly as of July 1.

With this strengthening of the modal shift onto rail, the major beneficiaries of the renewed deal will be the environment and local populations. FHP is unique in Europe in that it brings together various parties with a stake in the timber sector, whether as a natural resource, a commodity or raw material.

Rudolf Rosenstatter, Chairman of FHP, said: “Timber’s value chain is a stable, reliable factor in the Austrian domestic economy and a growth driver in rural areas. Moving timber – itself a sustainable material – by environmentally-friendly rail is a longstanding tradition in Austria, and one we are pleased to uphold in signing this industry framework agreement.”

Austria’s timber-related industries employ some 300,000 people at more than 172,000 mostly family-owned small and medium-sized businesses, from the forestry industry to timber processors such as sawmills, wood panelling, paper manufacturers and building materials. The total value chain is worth around 12 billion Euros a year, and has an annual export surplus of around 3.5 billion Euros.

The RCG has also announced an expansion of its rail freight services to and from Turkey. It currently runs a return Sopron-Halkali service four times a week, with all traction supplied in-house as far as the Turkish border through the RCG.  This is being expanded this month to five round trips, and again to six from September. Additional services are also planned to meet demand between RCG’s various European sites and Turkey.