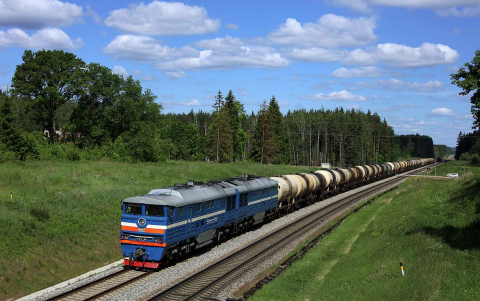 A high demand for coal boosted freight movements in Latvia to just over 14 million tonnes from January to March, up eight per cent on 2016, says national railways operator Latvijas Dzelzcels (LdZ). Import cargoes carried made up 12.5 million tonnes of this, also up – 7.8 per cent – on the corresponding period from the previous year.

The figures came as LdZ also announced that it had undertaken a visit, along with the State Secretary for Transport, Kaspars Ozolinš, to Iran, to look at sourcing potential new rail freight partners. Examining the potential market and diversity of goods, the visit also looked at how more freight can be attracted along the Latvia corridor, and the possibility of creating new routes into the country from Iran and even India.

LdZ Cargo, also known as ‘LLC’, is the biggest rail freight carrier in the Baltic States and the fifth largest in the European Union. The company last year made a profit of almost four million Euros, an increase of 1.1 million Euros on the previous year.

It is another boost for Latvia, which recently announced it was preparing to roll out a nationwide electrification project linked to the European TEN-T networks, potentially taking its freight operations to the next level. The Baltic state also recently welcomed its first direct freight train from China.