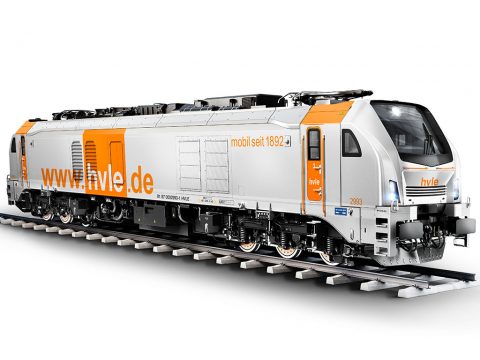 The deal, which has been faciliated through leasing specialists DAL Deutsche Anlagen-Leasing, sees HVLE become the launch customer of the new-generation six-axle bi-mode locomotives, developed by Stadler specifically for the European market.

Iñigo Parra, CEO of Stadler Rail Valencia, said: “This contract is an important milestone for Stadler as the first order of the new locomotive family. With its avant-garde technology, the Eurodual locomotive covers every need in an efficient and reliable way offering rail operators numerous economic and ecological benefits.”

Martin Wischner of HVLE added: “We need diesel power for the first/last mile but the environmental and economic advantages of electric power are very important for us. Stadler’s Eurodual is a bi-mode locomotive with impressive performance, both in diesel and in electrical mode, available in different configurations, gauges and overhead voltages. The modular platform also offers a wide range of different power in diesel mode to adequately meet individual customers’ needs.”

The versatile locomotive platform is designed for mainly freight use at speeds of up to 160 km/h, on electrified and non-electrified lines. Stadler, well-known rolling stock manufacturer including freight locomotives for the European market, is currently supplying four-axle bi-mode locomotives Class 88 to British operator Direct Rail Services and performing first tests of the six-axle Eurodual prototype in its Spanish plant.

Founded in 1892, HVLE remains one of the ten biggest rail freight companies operating in Germany. Though covering all areas of freight, it has special expertise in heavy duty, or bulk freight, as well as the transportation of dangerous goods and specialised types of transport. It operates a fleet of 35 locomotives.