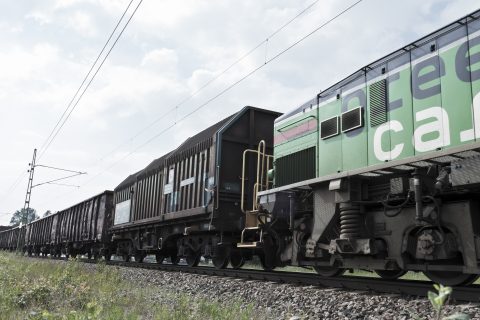 Rail operations at the Port of Gothenburg are being strengthened with the addition of several new services by the Swedish state freight carrier Green Cargo. The capital Stockholm and Gävle on the east coast will both be served, potentially opening up new international trading opportunities via the port.

This latest investment by Green Cargo is another show of confidence in the Port of Gothenburg, and is designed to faciliate easier shipping opportunities for as many Swedish companies as possible, utilising the environmentally-friendly option of freight by rail.

April has seen an expansion in rail traffic between Gothenburg and the Stockholm region, with several new departures, as well as a new rail shuttle to Gävle, which will operate five round trips a week. Green Cargo uses Eskilstuna – some 370km east of Gothenburg – as a hub, where trains from Gothenburg are split for the onward leg to Stockholm, Södertälie and Norrköping. Trains between the Port of Gothenburg and Eskilstuna will depart nine times a week in both directions.

Stig-Göran Thorén, Senior Manager for Business Development at the Port of Gothenburg, said: “The Stockholm-Mälardalen region is one of the most expansive regions in Sweden. Further investment by Green Cargo will make it easier for companies in the region to reach the whole world with their freight and they will do so in an efficient, environmentally smart way.”

Richard Kirchner, Senior Vice President, Sales and Customer Service, at Green Cargo, added: “Our hub solution means that we can offer efficient, punctual transport between the whole of Mälardalen and Gothenburg.”

The Port of Gothenburg has the broadest range of shipping routes in Sweden, including destinations across Europe and the rest of the world. Rail shuttles arrive directly at the Port of Gothenburg container terminal and quaysides, and the cargo is then loaded from train to ship for export, or from ship to train for onward transport to Gävle.

Belgium Direct is not only the fastest form of transportation for wagonload and intermodal freight between Scandinavia and Belgium, but also a more reliable and environmentally-friendly option. The direct line has three departures a week from both countries, with a transit time of just 21 hours.

“We are constantly developing our transportation services to better meet the demand for intermodal volumes,” said Richard Kirchner. “With Belgium Direct, later drop off times and earlier pick up times was an important factor. CMP has been very solution-oriented and we are confident that they will deliver the service we need. Green Cargo is now able to offer the most efficient transportation solution between Scandinavia and Belgium with the lowest possible environmental impact.”