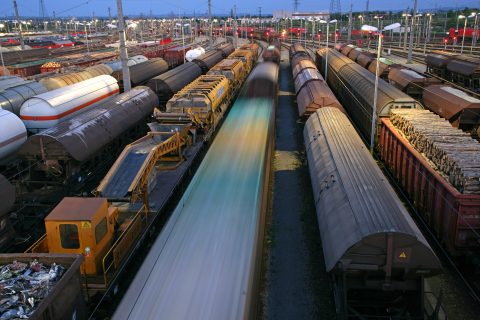 The first direct freight route between Croatia and Germany has been launched by the Rail Cargo Group (RCG), the freight arm of Austria’s national carrier ÖBB. It is another landmark delivery for the RCG, potentially opening up a raft of new business opportunities from the Balkan states.

It is being operated from the north west Croatian port of Rijeka, via Munich, to Ludwigshafen, for customer DP World, a global maritime containers supplier which has its headquarters in Dubai but also operates throughout Germany, France, Spain, Belgium and the United Kingdom.

Running as of February 21, the service has 14 container wagons of 90ft each, and four of 80ft each. RCG says the service between Ludwidshafen Kombi-Terminal and the Rijeka Adriatic Gate  – an outpost on the Mediterannean TEN-T Network Corridor – underlines its position as a strong player in the international logistics market, and a signifcant contributor in the strengthening of rail as a vital transport medium.

With a portfolio of 77 seaports and domestic terminals supported by more than 50 companies, DP World is a one of the largest container terminal operators in the world, and with it an integral part of the maritime supply chain. Its network spans 40 different countries on six continents. Its domestic and intermodal activities in Europe are operated by DP World Logistics Europe, which is leading this latest project in cooperation with SASS Line Intermodal.

The Rail Cargo Group has an annual turnover of around EUR 2.1 billion Euros, and offers a range of tailor-made intermodal solutions between the North Sea, Black Sea and Mediterannean Sea.