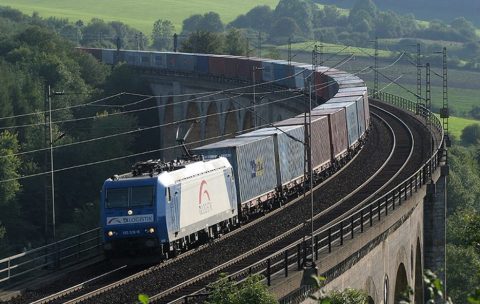 Chemicals, consumer goods and vehicle parts will be among the cargoes aboard a new TX Logistik freight service between Leipzig and Verona, which links two key European Core Network Corridors. The three-times weekly round service can accommodate up to 36 load units, from trailers to bulk and tank containers.

The 20-hour service covering some 900 kilometres will use the Brenner Pass route between Switzerland and Italy, and departs Leipzig at 9pm Monday, Wednesday and Friday, arriving Verona at 7.30pm Tuesday and Thursday, and 11.30am Saturday. The return journey leaves Verona at 5am on Thursday, Saturday and Monday.

Norbert Rekers, Regional Sales Director Central Europe at TXL, said: “With this offer, we are creating a continuous link between these two important business locations for the first time.”

Verona is one of the most important hubs on the intermodal network for TXL – as well as being at the junction of the Mediterranean and Scandinavian-Mediterranean TEN-T Network Corridors – which now connects northern Italy with seven locations in Germany, including Leipzig (also on the Scan-Med corridor), as well as Fallöping in Sweden and Padborg in Denmark.

“This makes TX Logistik one of the leading providers of combined rail freight transport on the Brenner Axis,” added Mr Rekers.

TXL plans to increase the number of round trips on the new route as soon as possible. It also recently launched, on behalf of Ekol, the first long-distance Port of Trieste to Gothenburg freight service, transporting containers and semi-trailers from Turkey and Greece.