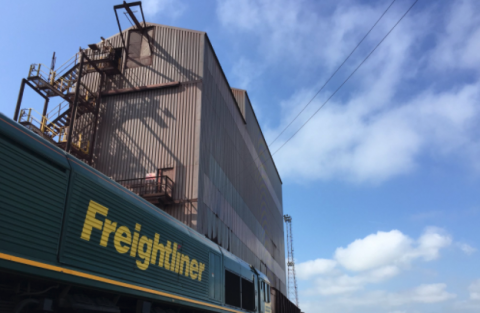 Freight bottlenecks have been removed at British Steel’s flagship plant thanks to a tailor-made delivery plan devised by rail firm Freightliner. This streamlined logistics operation has enabled the company to meet a demanding delivery schedule to keep its furnaces fed with iron ore and coal.

Since being awarded the contract last year for the rail haulage of British Steel’s raw materials to the Scunthorpe Steelworks, Freightliner has been working with British Steel’s Immingham Bulk Terminal and Ore Blending Plant on ideas for how to improve the process flow.

Freightliner consulted with British Steel to gain a thorough understanding of their precise requirements so that they could design a suitable train plan which has enabled British Steel to focus on producing steel as opposed to worrying about deliveries of raw materials.

David Israel, Commercial Director for Freightliner, said: “The hard work and close working relationship between the British Steel and Freightliner teams has paid dividends. As a result, we have delivered a more efficient train plan which has directly contributed to the on-going success of the British Steel brand.”

Iron ore, coal and sinter are the fundamental materials for the steelworks, with pressures on all businesses to control and maintain desired stock levels, flexibility and agility to react to markets or circumstances being crucial to the success of the operation.

George Dyer, British Steel Manager for the Ore Preparation Plant, added: “In the early part of 2016, the ore bed building process was stuck in a vicious cycle. They couldn’t be built to the planned size in enough time for making sinter, which meant each unfinished bed increased the potential for poor quality sinter; it also resulted in less time to build the next bed. It’s fantastic we’re now ahead of schedule.”

Stuart Smith, British Steel Head of Logistics, Transport & Shipping said “It is very pleasing that the development and relationship built between all parties has led to significant improvement and reliability of services along with a renewed maintenance programme regime that has increased utilisation of rolling stock and therefore consistency of service.”