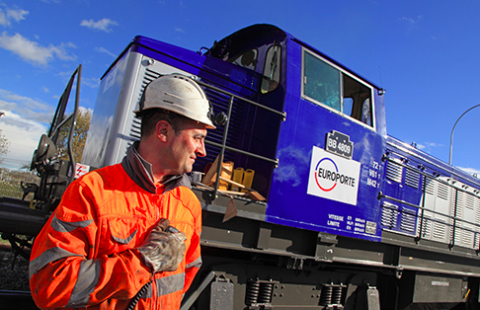 December 2016 was the 14th consecutive month in which a record number of trucks were transported compared to the previous year. In total, 131,906 trucks were moved in the last month of the year, up one per cent from 130,607 in December 2015.

Parent company Eurotunnel is currently operating two major investment programmes aimed at providing increased frequency of departures and higher capacity across the Channel: the expansion of both terminals in Coquelles and Folkestone, and the purchase of three new truck shuttles at a cost of 70 million Euros.

By 2018 Eurotunnel Le Shuttle Freight aims to have increased its capacity by 20 per cent and will be able to run up to eight departures per hour at peak times. In response the increase in migrant intrusions in the Calais area, the company has also invested in protecting what is a vital European trading link. Groupe Eurotunnel will publish its revenues for 2016 on 24th January, and traffic figures for January on 13th February.

The company has also brought in Corinne Bach as non-executive director, replacing Robert Rochefort who has resigned from his role on the board. Jacques Gounon, Chairman and Chief Executive Officer of Groupe Eurotunnel SE, said: “I am delighted that the board has decided to appoint Corinne Bach as his successor. Her deep understanding of the digital world and her ability to lead transformational projects will, I am sure, enable her to support the development of the Groupe.”