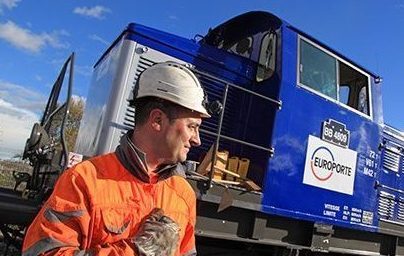 The European freight sector just got a little more crowded with the sale of the UK’s third largest freight operator. In a deal eventually worth around 180 million Euros, EQT Infrastructure II has acquired GB Railfreight Limited, which was established in 1999 and operates over 1,000 trains a week.

EQT is part of the Hector Rail Group, Sweden’s largest private rail freight company, providing services spanning around 150,000 kilometres per week across Scandinavia and Germany. GB Railfreight had been owned by Europorte, a subsidiary of Group Eurotunnel.

GB Railfreight currently employs some 650 people and moves around 15 per cent of the UK’s rail freight market. It has a fleet of more than 130 locomotives and 1,100 wagons, transporting goods for customers including Drax Power Station, EDF Energy and Tarmac.
Bo Lerenius, Industrial Advisor to EQT and Chairman of the Hector Rail Group, said: “As one of the UK’s leading rail freight operators, GB Railfreight has proven its strength in the rail industry. The focus on innovation and delivery of outstanding customer service are two key factors that make us believe that GB Railfreight is an excellent fit with Hector Rail.”

Europorte says the sale of GB Railfreight will enable them to explore new opportunities for developing its core infrastructure and transport business, including the delivery of the ElecLink electrical interconnector project between the UK and continental Europe, for which the construction works are now getting underway.
John Smith, CEO and founder of GB Railfreight, added: “EQT’s business model is very much aligned with GB Railfreight’s, and I look forward to working closely with our new owners to support our continued growth ambitions.”
Tags: EQT Infrastructure II, GB Rail Freight, Hector Rail Group
E-mailFacebookTwitterLinkedInWhatsApp