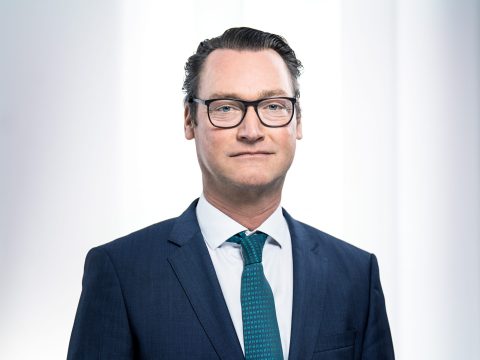 Duisport about the New Silk Road, the war in Ukraine and COSCO

Over the past ten years, the Port of Duisburg has developed as the most important European hub for rail freight transports between Asia and Europe. One in three of the trains moving between China and Europe are to or from Duisport. This explains why Duisburg is often referred to as the start and end point of the New Silk Road. It is also the reason that the 6th edition of the European Silk Road Summit takes place in Duisburg.

On 7 and 8 December, the European Silk Road Summit takes place, for the first time beyond the borders of the Netherlands, where the annual industry event was born. RailFreight.com spoke to Carsten Hinne, member of the Executive Board of Duisport about the last three years and what is to come.

In which sense have the volumes changed over the recent years?

Until the outbreak of war, business in China via the New Silk Road grew steadily and was an absolute success story. Although the pandemic saw a positive impact on the volumes, the war in Ukraine resulted in a decline, explains Hinne. “TEU volumes jumped in the corona year 2020. This not only continued very steadily in 2021, but actually increased by 26 per cent.”

The number of trains saw a slight decline in 2021. Whereas Duisport accounted for more than a third of the total of 10,000 journeys between Europe and China in 2020, the number of trains handled by Duisport was 2,800. That the TEU however increased can be explained not at least due to a better utilisation of the trains in both directions, adds Hinne.

The war in Ukraine however impacted the China-Europe volumes significantly, and so it did for Duisport. Hinne points out the number of trains has been halved. “On average, 2021 saw around 60 arrivals and departures per week in Duisburg. Due to the Ukraine war, we are currently at the pre-Corona level of around 30 trains per week.

“The decisive factor is the combination of the outstanding geographical location in the heart of Europe and the comprehensive logistics know-how offered by Duisport”, says Hinne.

“The Port of Duisburg clearly positioned itself very early on and established itself as a reliable partner for rail freight transports between Asia and Europe. We have used our know-how and that of our international partners to consistently expand and better utilise the relations via the New Silk Road.”

What will be the role of the new terminal, the Duisburg Gateway Terminal, in China-Europe traffic?

“The Duisburg Gateway Terminal will enable us to handle significantly more volumes in Duisburg; we expect up to 850,000 additional standard containers. This is additional handling capacity for the port of Duisburg in order to allow further growth”, says Hinne.

However, the new terminal is not only there for rail; road and barge will also be handled here. “Duisburg Gateway Terminal will thus make an important contribution to the desired modal shift”, according to the board member.

COSCO has divested from Duisburg Gateway Terminal. What does this mean for the process of the project?

“This has no effect on the construction of the terminal. There are no negative effects on the friendship with China either. The Port of Duisburg has been working well and trustfully with Chinese companies and partners like Cosco for many years. Nothing will change in this respect”, said Hinne.

He added that the partners have agreed not to disclose the reason behind the divestment. Asked how he looks at the development of the port of Hamburg as a Silk Road hub, he comments that Duisport is in close exchange with its colleagues and maintains a trusting partnership.

This December the European Silk Road Summit takes place in Duisburg. What does this mean to you?

“This is a great sign which underlines the importance of the Port of Duisburg as the unofficial starting and ending point of the New Silk Road. But not only that, it also shows that Duisport is an internationally recognised player and important hub for the European hinterland.

“I am looking forward to exciting discussions, good conversations with interesting people and many new insights. A central aspect of the summit will certainly be the further development of rail freight transport on the European side in the coming years and the expansion of cooperative partnerships. Come to Duisburg, we are expecting a very special event.”