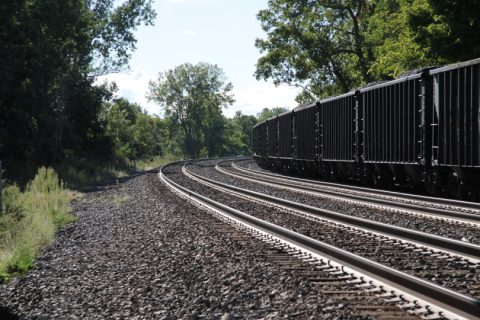 Cargo turnover at Latvian ports reached 23,58 million tonnes in the first half of 2022, an increase of 15,2 per cent compared to 2021 and equivalent to 3,1 million tonnes of cargo. This increase was mainly due to rail transit cargo from Kazakhstan, especially coal.

Data released by the Latvian Ministry of Transport on 19 July show that the total volume of rail cargo transported in the first six months of the year has reached 12,2 million tonnes, an increase of 17,6 per cent compared to the same period in 2021.

Since the outbreak of the war in Ukraine, Latvia’s transport pattern has also changed dramatically as a result of the European and American sanctions. On the one hand, freight traffic with Russia continues declining (mainly oil, fertilisers and metals), and the volume of cargo with Belarus remains negligible (mainly timber from Belarus). On the other hand, according to Latvian State Railways, there has been a significant increase in freight traffic from Central Asia (especially Kazakhstan).

Specifically, freight traffic from Kazakhstan increased by 72 times compared to the first half of 2021, with handled cargo now reaching 2,46 million tonnes, while in the same period last year, it was around 34,000 tonnes. In addition, Latvian ports still play a role in Central European traffic, with containers to and from China and South Korea still transiting through the country’s ports.

Latvian Railways said: “Cargo transport worldwide is undergoing dramatic changes. For example, cargo previously handled by Baltic ports in the Gulf of Finland and Russian ports is now being diverted to other transit corridors, including Latvia.”

Ansis Zeltiņš, CEO of Riga Freeport, explained to local media that “Kazakhstan, which used to rely on Russian ports on the Black and Baltic Seas before the war, is now turning its attention to other transport corridors to Europe. Although they still have to transit Russia, rail traffic and goods not subject to sanctions have not yet been affected. However, the situation is changing rapidly, and if rail traffic were to cease completely, Latvia’s three major ports would be rendered virtually useless.”