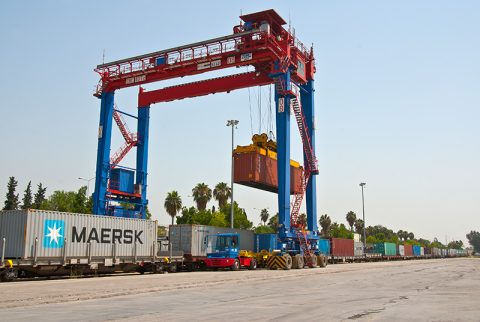 Gebrüder Weiss, the oldest logistics company in the world, established in 1823, will expand its presence in Turkey with a new location at Mersin while laying its eyes on the Middle Corridor. Turkey, says the company, is becoming increasingly important for the New Silk Road and transport in the Caucasus, the Middle East and Central Asia.

Mersin is the third Gebrüder Weiss location in Turkey, in addition to Istanbul and Izmir, where the company has been organising partial-load transports along with air and sea freight services since 2012. By taking over the freight forwarder 3S Transport & Logistik last year, Gebrüder Weiss expanded its transport services from Istanbul to Germany.

Mersin might not be the first logistics hub in Turkey coming to mind. It is a port city located on the southern Mediterranean coast of Turkey, just opposite the island of Cyprus and very close to the Middle East. “Choosing Mersin was all about expanding our network in the south of Turkey and the country’s second-largest port, which includes air and sea freight services and intermodal land transport”, said Gebrüder Weiss.

What is more, Mersin is very close to important production sites in Turkey, with the sectors of textiles, agricultural products, chemicals and mechanical engineering being prominent. As a result, it’s an ideal location for exports to Europe and the east. “Favorable transport connections to the Mediterranean region as well as the proximity to industrial operations in the hinterland are all advantages offered by the new location”, explained Wolfram Senger-Weiss, CEO of Gebrüder Weiss.

Apart from Mercin’s importance for regional transport and its proximity to European destinations, choosing to expand in Turkey was directly correlated with the country’s Silk Road role, claimed Gebrüder Weiss. “Turkey is an emerging growth market and, with its location on the Mediterranean Sea, an important freight handling facility for transports between Asia and Europe”, mentioned Senger-Weiss.

The global logistics company does not overlook the country’s gateway function to the Middle Corridor either. In fact, this is one of the main arguments for its expansion in Turkey. From Mersin, it is easy to launch intermodal and multimodal services on the North-South axis via the Caucasus and, of course, Central Asia and China. “We have our own locations in most countries along the Middle Corridor and are familiar with the local legal and cultural particulars in these regions. We are also seeing increased demand from our customers for shipments on this route”, concluded Senger-Weiss.