The EU sanctions on Russia explained, what is still possible?

The EU has approved heavy sanctions against Russia in response to the military attack on Ukraine. How does this affect rail freight on the New Silk Road, which runs largely through Belarus and Russia? We discussed this with Sebastiaan Bennink, sanctions lawyer at BenninkAmar. 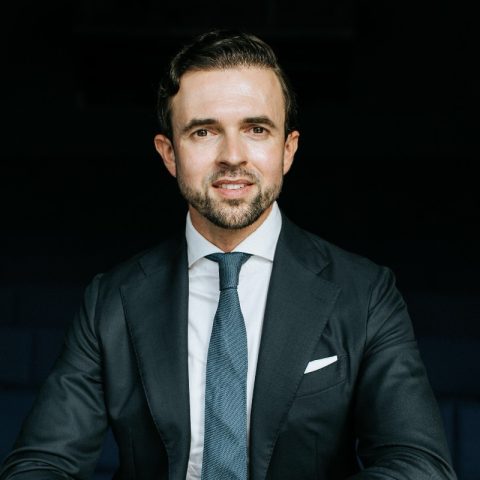 Russian Railways is on the sanction list. What consequences does that have?

The rail company is not fully targeted by the sanctions, it is mainly a financial limitation. As a result, they have limited access to the financial markets and you can no longer trade in their shares, for example. This is however not a complete asset freeze, so it is still possible to do business with Russian Railways.

But payments via Swift are blocked, right?

That needs to be nuanced. The blocking of Swift only applies to a limited number of banks that had been subjected to an ‘asset freeze’. There are still other banks available for Russian Railways. The current estimate is that 70 per cent of Russian banks are affected, but the final list has not yet been published.

I also must say that the situation is very changeable, so it could be different tomorrow. For the time being, you can still run trains via Russia and pay for it, taking into account the restrictions currently in force. But,you have to keep an eye on the latest developments.

How fast can it change?

Daily. In the last 72 hours, the list of sanctioned individuals and entities has grown to some 654 Russians and 52 Russian companies. If they have predominant interests or control in companies you want to do business with, the company may be subject to sanctions.

It is also important to distinguish between the different types of sanctions. For example, the CEO of Rosneft is subject to sanctions, and you can no longer do business with him. As far as I know that is not the case with Russian Railways yet. Another example, the port authority of Sevastopol in Crimea is subject to the full asset freeze. If you pay them port fees, you are formally in violation.

How can you check that?

Public lists are available, for example from the European Union. But they are updated daily, so make sure you have the most recent list. The United States also has its own list that you can check. Keeping track of everything is difficult, but important to stay compliant.

Can you get around the sanctions by using alternate routes?

No, it is forbidden to circumvent sanctions. That means that if you actually know that a transport to Russia would not be allowed under the current sanctions regime and you try to find an alternative, that is also prohibited.

China has not adopted the sanctions. Can you still do business through Chinese companies if they use Russian parties that would be on the sanctions list?

When you run a business, you are expected to know the rules and know who you are doing business with. If a European operator violates the sanctions, he can be penalised. This does not only apply to direct relationships, but to the entire supply chain. So if your Chinese counterparty does business with parties on the list, you are also responsible for that. That is why it is important to take a good look at which parties are involved in a transaction.

But how can Scandinavian countries such as Norway still receive import cargo by train? This always has to go through Russia and there is a good chance that a sanctioned party is involved somewhere.

For many European companies it is not yet clear at all what is and is not allowed. Who is responsible for this information?

It sounds like there is still a lot of work for lawyers to do in the near future to get everything clear.

Yes, we help companies to be compliant with all rules and laws. Helping companies do business with sanctioned parties is not allowed, other than, of course, providing legal support once a criminal investigation has been launched. But we are certainly not going to help companies to circumvent the sanctions. On the contrary, our job is to ensure that everyone can do business while complying with the rules.

3 comments op “The EU sanctions on Russia explained, what is still possible?”

Dear Bart, my fellow Ukrainians are dying now in the war against Russia … And you are advising how to work around the situation with Russian sanctions and cargo flows sitting safely in your office? Are you completely out of your mind, boy? All cooperation with Russia MUST BE STOPPED NOW !!!

Completely agree. Seems hard for some of us to understand what ”true values” means, hope it is a just a matter of time, so let’s give them the benefit of the doubt.

How is Bart advising on how to work around these sanctions? When he clearly says that his job is to ensure that companies do everything by the rules.
“compliant with all rules and laws…certainly not going to help companies to circumvent the sanctions.”….Am I missing something?