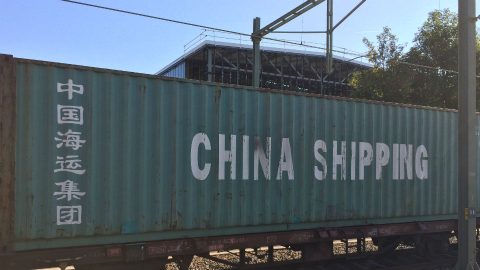 The Dutch police, together with customs, will investigate whether chemicals intended for the production of drugs are being transported by rail from China to Europe. This is part of a broader investigation in which the flows of raw materials for hard drugs are mapped out. The information was shared by Dutch police spokesperson Thomas Aling.

In 2016, a batch of tartaric acid from China was found by the police at Railport Brabant in Tilburg. “This is a raw material for making hard drugs, but it’s not certain that it would be used for these purposes,” Aling said.

According to the spokesperson, contrary to what the AD.nl reported on Tuesday, there are no concrete indications that chemicals for the production of drugs are currently being transported between China and the Netherlands. Nevertheless, the police and the customs authorities are to conduct a broader investigation into whether drugs are being transported from China to Europe. “This is also called phenomenon research, in which we investigate whether there is a particular problem. This is partly intended to keep the industry healthy. We also do this in the ports, together with customs and companies.”

“Most cocaine comes via the sea route. China is an important country where chemicals for the production of hard drugs come from. We are now working with partners to see whether illegal flows are being sent to the Netherlands by train.”

The contents of the freight trains are checked at the border between Poland and Belarus before entering the European Union. “It is usual to carry out checks at the endpoints of transport, but then you only have the end station. In the investigation, we also look at whether illegal things happen en route. With sea freight, for example, you sometimes see that something is thrown overboard to another ship before it enters the port.”

Distinguishing drug chemicals from other chemicals is not so easy, Aling explains. “Pineapples with cocaine in them that you come across in shipping can be easily picked out. But with drug chemicals, you have to distinguish between illegal and legal chemicals that are used, for example, for clothing or cleaning products. That is more difficult to determine.”

The police and customs also want to prevent the checks from having too much of a negative impact on the supply of materials by the companies.