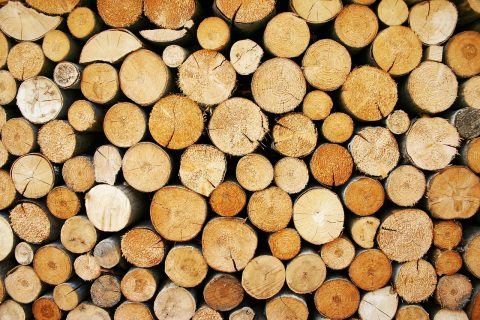 The transport of softwood logs from Europe to China is calling for expertise in container rental, container trucking and fumigation processes in Europe. Due to the increasing demand and disrupted transportation by sea during the pandemic, this type of product is increasingly being transported by rail on the New Silk Road.

On Thursday 22 October, RailFreight.com organises a dedicated webinar for suppliers in the wood logs export from Europe to China by rail. During the webinar, Zhejiang Material Industry Senhua Group Co., Ltd, which is a Chinese state-owned company specialised in the softwood business, will present its current business case.

Together with their designated supplier for rail transport from Russia and Europe, LLC Translogistics, they will discuss their urgent demand for container rental, container trucking and fumigation process in Europe.

Only in the first 3 quarters of 2019, 15 million m3 of wood logs were exported from Europe to China, a 450 per cent year-on-year rise. As a region, Europe is now the second largest supplier of wood logs to China after New Zealand. In the past, most of the volumes from Europe were exported by sea via multiple ports. But since this year, much of the volumes are being moved to rail.

The tree farms producing the wood logs are situated in Czech Republic, Poland, Germany, France and the Netherlands. Per month, an estimated 15 trains with 41 of 40ft HQ containers each depart in the eastern direction, carrying around 1200 TEUs in total.

The trucking supplier is requested to have enough capacity to fulfill the task, as he has to be able to load 41 containers within 3 days and deliver them to the closest port or terminal. Container rental services are needed with pick-up locations near the tree farms in the countries mentioned above and with return locations in China only, preferably in inland cities.

Moreover, fumigation services are needed near the Port of Rotterdam, Port of Antwerp and Port of Hamburg for the first phase, and later preferably near the tree farms. More detailed information about this industry will be revealed during the webinar.

The webinar takes place from 9.30am to 11.30am CET. You can watch the webinar from your own device (laptop, tablet, phone) by registering for the event here. The webinar is free to attend.