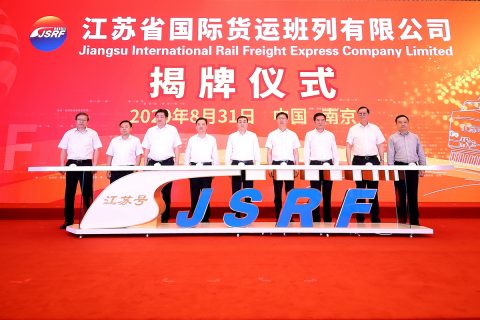 This week, Jiangsu International Rail Freight Express was established in Jiangsu, China. It marks the first provincial platform company to enter the New Silk Road. Until now, platforms were only established on a city level. What is more, a Memorandum of Understanding (MOU) was signed between the new platform and GVT Group of Logistics from Tilburg in the Netherlands, with the aim to develop new connections between the areas.

The launch of the new platform was presented on Monday 31 August, in the presence of NBSO, representative of the Dutch province of North Brabant in Jiangsu and other Dutch delegations. The newly established company in Jiangsu is fully state-owned; 51 per cent of the shares are in the hands of Jiangsu Overseas Group Co.Ltd., a leading trading company for Import and Export in Jiangsu. The other 36 per cent of the shares are owned by municipalities of 4 cities in Jiangsu, while 13 per cent belongs to Sinotrans Changjiang Shipping. The assets of the existing 4 international rail companies (from Nanjing, Xuzhou, Suzhou, Lianyungang) were merged and integrated into a completely new brand.

The China Europe Express from Jiangsu

Jiangsu Province is located in the delta area of Yangtze River with well connected inland barge connections and sea shipping ports. Although developing international rail connections to Europe was not a priority for the major exporting companies in Jiangsu, Jiangsu was one of the first provinces to have China Europe Express connections.  Back in December 1992, the first international freight train departed from Lianyungang and since then Jiangsu set the benchmark for the industry.

From January to July in 2020, Jiangsu operated a total of 899 trains to connect Europe, Central Asia and China, growing 48.9 per cent on a year-on-year basis and ranking fourth in China by numbers. Among all, 606 trains were outbound trains while 293 were inbound trains, which marks a steady growth of a balanced connection.

As of now, Jiangsu Province is well connected with over 50 end destinations via 16 regular connections. In the near future, an unified brand “Rail Jiangsu” will continue its service while combining existing volumes and resources from its previous municipal rail companies to support manufacturing and trading companies from the province.

North Brabant has been in sister relationships with Jiangsu Province for 26 years. The two provinces have a close cooperation in the field of science and technology, biomedicine and smart logistics. According to the customs data in 2018, the trade volumes between China and the Netherlands was around 85.2 billion US dollars, among which a quarter of the goods was from Jiangsu.

Although the dominant cargo export from Jiangsu to the Netherlands is still via the Port of Rotterdam, the vision of a rail connection between North Brabant and Jiangsu Province has been there for long.  Last year, GVT signed a Memorandum of Understanding with Suzhou NewCity Group for initial cooperation. Now, a new MOU has been signed. 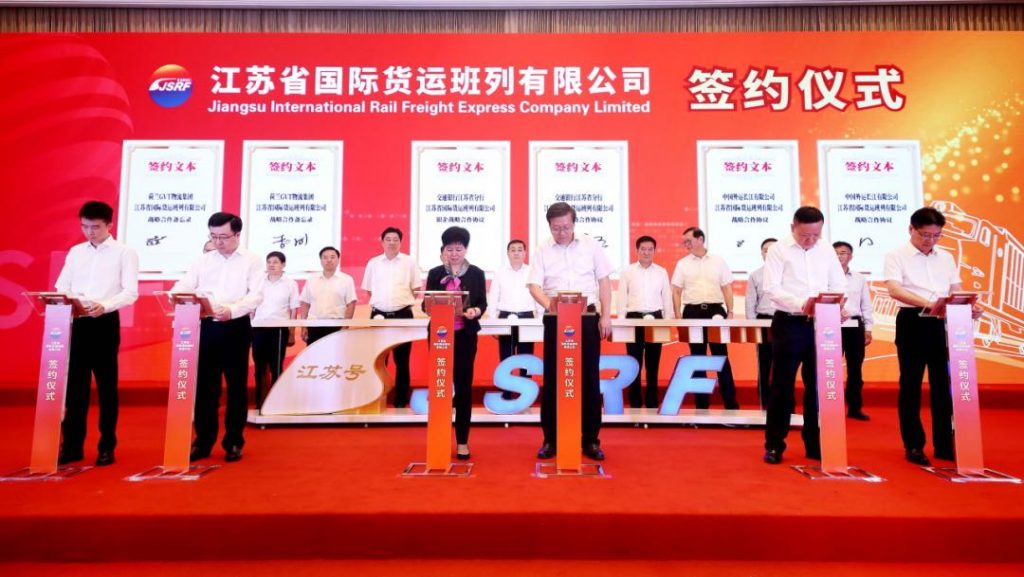 “We have already received price requests from Jiangsu for several projects, including rail operation in Europe, terminal handling costs, warehousing and cargo distribution”, explains Roland Verbraak of GVT Logistics Group. “In addition to providing logistics services related to the China Europe Express, we are also looking for the right cargo type to export from the Netherlands. There are abundant inbound volumes from Jiangsu, but the challenge is finding how to utilise this opportunity and export the products into the Chinese market to make a balanced train.”

When we talked to Li Ming, the chairman of Jiangsu International Rail Freight Express, he explained to us that the company is newly established, therefore they won’t be able to share details regarding the planned connection yet, “We are in close contact with GVT, the two companies will assign a special research team to work on the projects. We will definitely keep the market updated.”