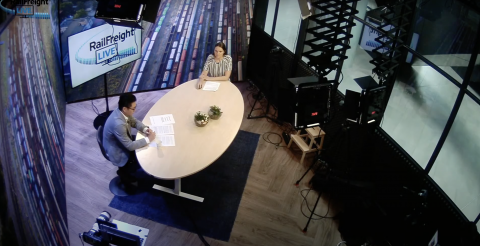 An imbalance in the number of westbound and eastbound trains, combined with record volumes of cargo between Europe and China. It is a recipe for congestion and delays. A lack of rolling stock, train cancellations and transit times of two weeks on the New Silk Road have not been uncommon in the last two months.

The main border between China and Kazakhstan has been congested since the start of June. Mike Liu from General Manager of CMC Logistics talks about this congestion in the last edition of RailFreight Live, broadcast on 10 July.

In the second half of the show, there is a direct link with the offices of the Trans-Caspian International Transport Route. Rakhmetolla Kudaibergenov, General Director and Leila Batyrbekova, Deputy Secretary General give an insight in the Middle Corridor and where this Silk Road route stands today.

Watch the show of 10 July here: