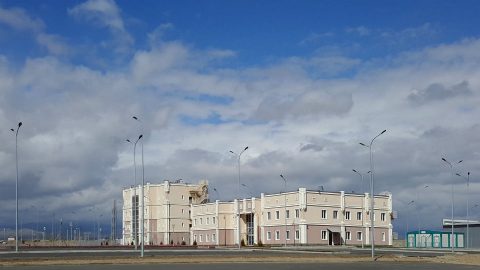 Rail traffic on the New Silk Road is facing heavy congestion at Alashankou-Khorgos, the main border crossing between China and Kazakhstan. Trains from China to Central Asia have been halted until the end of June, while Europe-bound trains should expect significant delays. A high number of trains and limited capacity at the terminal have been cited as the reason of the congestion.

On Monday, all rail freight traffic to Central Asia was stopped until the end of the month. This is to free up capacity at the congested border point. Departure dates for July will be announced soon by the General Administration of Railways in China. Popular destinations in Central Asia are Kazakhstan and Uzbekistan.

Rail freight traffic with Europe as its destination will be permitted to pass, however, with restrictions in place. For example, China-Europe trains via chongqing will be suspended from 24 to 26 June (Wednesday to Friday), according to China Railways. In general, containers are reported to be held at the border point for a longer period of time than usual.

Apart from the Alashankou-Khorgos border point, the Chinese-Mogolian border crossing of Erenhot faces congestion as a result of a flooded railway line in Mongolia. Heavy rainfall flooded the railway on Sunday at eight different points on a 53km-long stretch between Choir and Ulaanbaatar. Re-construction has taken at least until Wednesday, with delays at the border as a result.

The situation is expected to last for a while. Yuxinou, a major rail freight operator, informed its customers that “congestion and delays at most border points and terminals, also on the Chinese side, will last for a period of time. Others speak of a significant impact that everyone has to deal with.