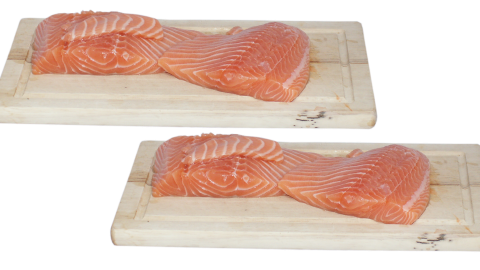 New wave of coronavirus China could originate from imported salmon

The export of fresh products to China by train has not yet been restricted, but logistics providers are closely following the news about a new wave of coronavirus infections in China. The outbreak seems to have its origin in the Xinfadi market, the biggest wholesale food and vegetable market of Beijing.

“Experts said t is extremely unlikely for seafood like salmon to be the carrier of the novel coronavirus”, wrote the China Daily on Monday 15 June. Yet, the assumption has been made that the virus entered the city via salmon, which is imported from abroad. The virus could have been imported from Europe, some people say.

The new strain of the coronavirus was found on cutting boards for imported salmon at Xinfadi market. Beijing reported 36 new domestically transmitted cases on Saturday, all having direct or indirect links to the wholesale market.

According to the China Daily, the link to Europe was made by Zeng Guang, a senior researcher at the Chinese Center for Disease Control and Prevention. He said on Sunday that, based on preliminary analysis of the two early cases, the coronavirus strain in the latest outbreak is different from the ones found in China, and early data suggest it is a mutated variety from Europe.

The same report however, indicates that fish in their natural habitat cannot catch coronavirus, as explained by Wu Zunyou, the chief epidemiologist at the Chinese Center for Disease Control and Prevention. “However, they can be contaminated by workers during capture or transportation.”

This is exactly where the worry of logistics providers comes into play. China imports about 80,000 tons of cooled and frozen salmon each year. More recently, this is also done by train, as Russia now permits the transit of fresh goods through its territory. Fresh goods were previously banned from transiting Russia overland.

“Our seafood products are typically stored and transported in cold containers, and it is possible for the virus to be preserved for a long time and increase the likelihood of infecting people”, Zunyou explains. He adds: “If the origin is from countries and regions where the outbreak is severe, contamination during the production process and through cold chain transport makes contamination possible.”

According to him, the new outbreak could have two possible explanations. The first may be the influx of meat and seafood to the market from all over the country and around the world. Some of it may have been contaminated by workers during processing and transportation, then the virus jumped from produce to people. The second possibility is person-to-person transmission.

No restrictions so far

Does this mean that the newly acquired right to transport salmon and other fresh goods by train will face the first hurdles right away? A quick round among logistics providers in Europe proves that there are no signs of restrictions so far.

In Chinese media, pictures circulate of additional tests on packages of incoming cargo. All cargo entering Beijing will be tested through its packaging, assessing whether the coronavirus is detected. Test results are released within 24 hours, CIQ and other examinations will be done after the testing. This will probably lead to some delays in the delivery of goods in the city of Beijing.