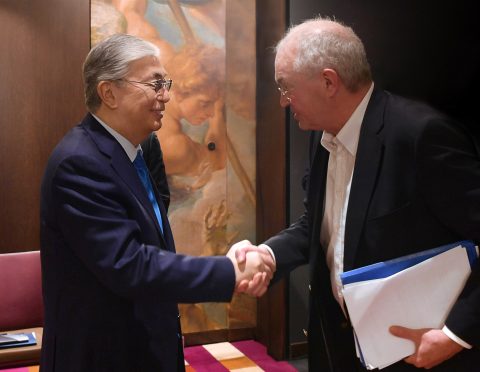 Rhenus Group plans to expand its activities in Kazakhstan. A head office and container depot will be setup in the industrial city of Karaganda. With this move the German logistics firms wants to tap into the growing rail freight volumes on the New Silk Road, and contribute to them.

The logistics service provider has so far been represented with its subsidiary Rhenus Intermodal Systems, specialist for worldwide container logistics, in the capital Nur-Sultan and in Almaty, the country’s largest metropolis. With around 500,000 inhabitants, Karaganda is the fourth largest city in Kazakhstan and is particularly important for the coal, iron and steel and cement industries.

As the hub of the Belt and Road Initiative (BRI), the transport infrastructure in Kazakhstan has been extensively modernized. The connections between the Chinese province of Jiangsu and Rotterdam in the Netherlands and the corridor Xinjiang, Iran and Turkey are particularly important. More than half of all freight trains between China and Europe pass through the world’s largest landlocked country, Rhenus Group argued its decision.

“Kazakhstan is the second most important import and export country for China. As a transit country between east and west, it is geographically favourable. German companies such as the Rhenus Group can contribute to the increasing volume of goods through their own locations in the country”, said Michael Viefers, Rhenus’ board member.