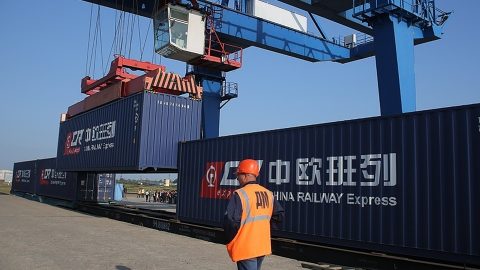 Will EU transit via Russia become possible in 2020?

Five months after lifting the ban on the transit of EU fresh products to third countries via Russia,  transportation of this freight is still not possible. To change this, Russia should create clarity about the use of electronic seals. It is currently developing the necessary rules in order to implement them starting from 2020.

For several months, there was no information about the new regulations for the usage of electronic seals, which will be required for the transport of previously sanctioned goods though Russian territory. But within the past few weeks, the current stalemate is likely to be broken. At least, rhetorically. Deputy Minister of Transport Dmitry Zverev has confirmed that the new rules have not yet been implemented.

“In order to increase the efficiency of the transportation process, it is planned to use electronic navigation seals for monitoring international transit of goods by road and rail through Russia”, Zverev clarified at the 5th ASEM Transport Ministers’ Meetings.

The event took place in Budapest on 11-12 December within the Asia–Europe Meeting (ASEM), an Asian–European political dialogue forum to promote and intensify cooperation between 53 European and Asian countries including all EU members, Switzerland, Norway, Russia, Kazakhstan, China, India, Indonesia, Japan, South Korea, Australia and others.

A little bit earlier, Sergey Kiselev, CTO of the Centre for Development of Digital Platforms, a subsidiary of RT-Invest Transport Systems (RTITS), announced that the regulations on electronic seals could be approved by the year’s end. “We expect that from 1 January (2020) such transportation will become possible on the territory of our country,” the Russian title ‘Gruzoviki i Dorogi’ quoted his speech at a seminar dedicated to the digital solutions in the transport sector.

According to him, the government is actively working on the document and the government decree to regulate this question should be issued by the year’s end. “A government act to determine and regulate the legal relationship in this area will be issued in the near future,” he noted.

Kiselev also specified that the new system will be extended to the other Member States of the Eurasian Economic Union (EAEU). “When we test it on sanctioned freight, it will be extended. The system will be joined by neighbouring countries: Belarus, Kazakhstan, Kyrgyzstan and Armenia – to create a single control corridor from China to Europe, through the entire territory of the EAEU,” the expert emphasised.

At the end of this June, the Russian President Vladimir Putin has signed a decree to lift the ban on the transit transportation of a wide range of EU fresh products to the third countries, including China, through the territory of Russia. The document took effect on 1 July.

However, transit traffic did not commence on that day because of the electronic seals specification. According to the presidential decree, the containers going from the EU via Russia by rail or road must have special electronic seals equipped with GLONASS technology (the Russian equivalent of GPS). These seals are being developed by the Russian company RTITS, which operates the Platon toll system on the country’s highways. However, there is no legal basis for using such seals. In late July Russian Deputy Prime Minister Maxim Akimov announced that the necessary regulations could be developed and introduced by the month’s end. This deadline was missed.