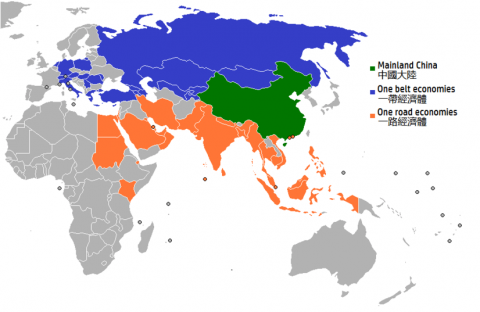 ‘West invests more in Belt and Road than China’

The West, and Europe in particular, could be a little more confident towards China when it comes to investments made in the region marked by the New Silk Road. This is the conclusion of German researchers. It appears that the total investments of the West amount to more than the Chinese investments.

An analysis of individual countries even shows that for a substantial majority, financial flows from the West were more significant than those from China. Only in Kazakhstan, Pakistan and Laos are the Chinese investments considerably larger than the Western ones.

Policymakers and critics in the EU have occasionally voiced strong criticism of Chinese investments done in Europe. A good example is Hungary. The country has been blamed for a lack of loyalty to the European project by accepting Chinese investments, including investments in the Budapest – Belgrade railway line. This railway line, which runs to Greece and Bulgaria, is part of the TEN-T corridor network of the EU.

As a member of the EU, the country has also repeatedly boycotted joint decisions from EU member states and aligned itself with Chinese interests and efforts. However, Hungary already had a special relationship with China before the Chinese Belt and Road initiative was launched. The current government has pursued an ‘opening to the east’ policy since 2010. Despite all these policies and investments, the EU remains the largest investor in Hungary.

In 2018, the EU launched a connectivity strategy to promote connections between Asia and Europe. It was a first step in response to the Belt and Road initiative. According to the German researchers, Europe does not have to take an counter position with regards to the New Silk Road. According to them, Europe and China certainly have similar goals in certain areas.