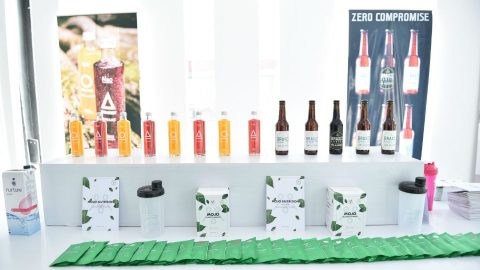 Holland Pavilion in Chengdu, China to promote export by rail

The Chinese city of Chengdu has a Holland Pavilion from this week, a place where Dutch entrepreneurs can present their products to Chinese importers. The pavilion is set up by GVT and Chengdu International Railway Investment & Development Group (CIPI), in order to promote and stimulate the export trade from the Netherlands to China by rail.

Four Dutch entrepreneurs are the first to show their products in the pavilion, including two Brabant companies. Brewery Braxzz promotes alcohol-free specialty beer in China and Nurturebrands sells water with extra nutrients for women who are pregnant or breastfeeding.

The idea of a Dutch market place in Chengdu was developed as a result of imbalances between east- and westbound rail traffic. By the end of 2017, the terminal in Tilburg had handled a total of 235 trains, of which 102 trains were in the eastward direction and only half were fully loaded. “The imbalanced volumes of import to and export from China has created challenges for the further development of the round-trip rail services. Therefore, promoting and stimulating the export trade from the Netherlands to China by rail has become one of the essential task for both GVT and its Chinese partner”, explained Jialu Zhang, representing CIPI in Tilburg.

The pavilion should help Dutch entrepreneurs to use the export opportunities the direct train connection between Tilburg and Chengdu offers. This service, which runs five times per week, offers Brabant companies structural access to millions of consumers in China. In the city of Chengdu alone, about the same number of people live as in the Netherlands, GVT pointed out.

The Chengdu-Tilburg Express is the only direct train connection between the Netherlands and China, and is carried out by GVT Group of Logistics in Tilburg and Chengdu International Railway Service. The train currently transports car parts, milk powder, wine, beer and machines to China in particular. In the future this can be expanded with, for example, products for elderly care, which in China is in high demand due to aging, GVT said.

The municipality of Tilburg and the province of Noord-Brabant visited Chengdu on 1 and 2 November to explore the possibilities for further logistics cooperation. The Dutch pavilion covers around 1500 square metres space, housing 22 exhibition areas.