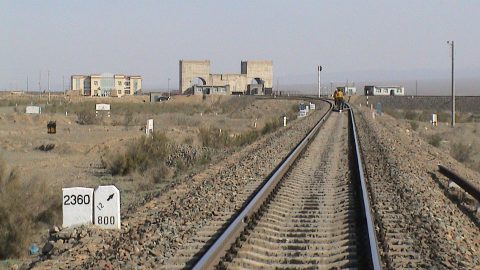 Freight volumes UTLC on New Silk Road up 40% this year

UTLC transported more than 100 thousand TEUs on the China-Europe route in the first half of this year. These volumes account for a 40 per cent rise compared to the first six months last year. In June a record figure of 22 thousand TEUs was reached, said the joint venture comprising of national railway companies SC Russian Railways, the National Union Belarusian Railway and Kazakhstan Temir Zholy.

“The first half of 2018 ended in a record month of June. Last year, the volume level of 20 thousand TEUs per month was overcome only in December. In that year, we experienced significant difficulties on the border with the EU. Last month, we transported 22 thousand TEUs without any restrictions, and therefore we feel a large margin of safety for future growth”, commented Alexey Grom, President of UTLC.

As an operator, UTLC is responsible for regular container trains between China and Europe. It operated 1287 trains on the corridor this year, with the 1000th train on track last month. This train was on transit from Chongqing in China to Duisburg in Germany. It entered Europe through the border crossing of Kaliningrad, an earmark transit route of UTLC.