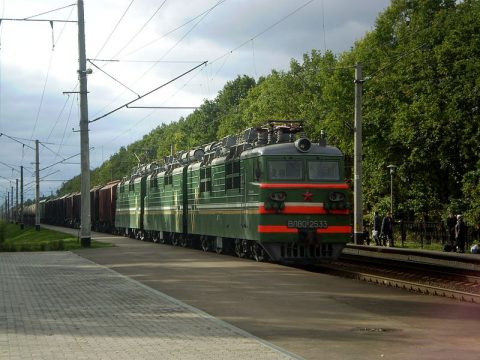 Rail freight volumes handled by the United Transport and Logistics Company Eurasian Railway Alliance JSC (UTLC ERA JSC) on the New Silk Road increased thirty per cent year-on-year in the first quarter of 2018. Most notably is a significant increase in eastbound traffic.

Overall traffic volumes handled by UTLC ERA on the New Silk Road amounted to 40,300 TEUs in the first three months of this year. Westbound rail freight traffic represents the majority of these volumes, with 24,100 TEUs handled. Cargo volumes moved from Europe to China accounted for 16,000 TEUs. Although westbound traffic is traditionally more than cargo moving in the opposite direction, this year saw a striking increase of 43 per cent in eastbound rail freight so far, while westbound traffic surged with 27 per cent.

“We continue to scale up the transportation volumes and leverage the new opportunities in the company’s transportation geography expansion,” comments Alexey Grom, UTLC ERA President. “The new routes via the border passages in the Kaliningrad Region show very good technological parameters and greatly expand the throughput of Eurasian railway corridors.”

The Kaliningrad route avoids the busy border crossing between Poland and Belarus at Brest. Situated between Poland and Lithuania, traffic through the enclave is re-routed on a 9,559 kilometre journey through Lithuania to continue on the Trans-Siberian railway through Belarus, Russia, and Kazakhstan. UTLC ERA is committed to increasing the scope of the route in 2018. In October last year, the first train on this route departed from Łódź in Poland to make its way to Chengdu in China.